How To Be A Great Contestant 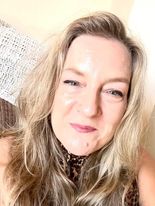 Maggie Speak will provide hints and tips on how to audition for the game show of your dreams! She will also give advice as to how to be the best contestant you can be on that show.  Maggie will be on the interview team for the Titan Throwdown to qualify contestants and provide an opportunity for everyone to practice an interview process similar television production.

​As a student at Hollywood High School, Maggie Speak began her television career working for Chuck Barris Productions. She had found her people! From The Gong Show to Jeopardy! she continued working in game shows, most particularly working with and choosing the contestants. Her other credits include The Dating Game, The Newlywed Game, The $1.98 Beauty Show, Card Sharks, Classic Concentration, Family Feud, and Wheel of Fortune. As a producer for Jeopardy! she received four Emmy Awards and a Peabody Award. She retired from Jeopardy! in 2020.
Morning session Saturday August 20
Support Us