Secrets of the Buzzer 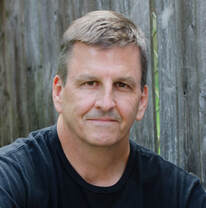 The buzzer is your friend!
In this lively hour we'll look at what the champs know about buzzing speed: the science of reaction time, best ways to hold the buzzer, and how to think about buzzing once you get under the lights on your favorite show. We'll test those theories with live buzzing action by boot campers, followed by a fun Q&A. It's all hosted by Fritz Holznagel, winner of the Jeopardy! Tournament of Champions and author of "Secrets of the Buzzer" -- called the "sacred text" of buzzing by journalist Claire McNear, and endorsed by the last three Jeop! Tournament of Champions winners.

Ryan “Fritz” Holznagel won the Jeopardy! Tournament of Champions in 1995. He was invited back to the show to represent the USA in the 1996 Olympic Tournament and to play in the Ultimate Tournament of Champions (2005) and the Battle of the Decades (2014). Fritz collected $30,000 on Who Wants to Be a Millionaire? in 2018, and in a former life he won an Emmy Award for animation writing. His book “Secrets of the Buzzer” shares what he’s learned about
the science and strategy of quiz and game show buzzing.
3pm Saturday August 20
Support Us